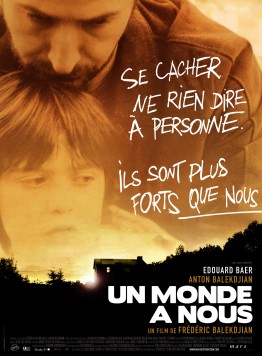 Noé is going to Junior High School. At the same time, he is also moving to a new town and a new house with his father Marc. Coached by him, Noe is given a intensive fight training. And Marc never hesitates to put him in a dangerous situation. There’re in danger, he must be ready to respond to any kind of agression.

While he keeps his « double » life secret, Noé needs to learn to adapt to his new school. He starts being friend with Marine, a young girl full of energy. From now, he wonders if the world he lives in has been built up by his father. A father who is so closed, however so mysterious. Between them, it’s a story of complicity and confrontations.