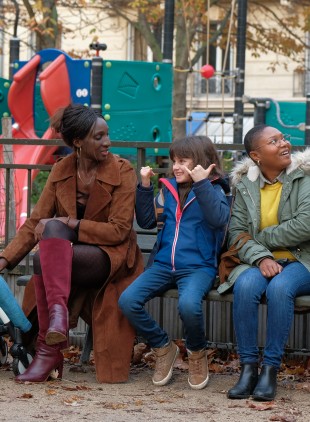 Angèle, a young undocumented woman in her thirties lives off small tricks and scams in the outskirts of Paris. One day, threatened by gangsters she conned, she has to hide.Her plan: working as a nanny in a chic Parisian neighborhood for Hélène, a single mom of 10-yearold Arthur.

Angèle discovers the world of nannies: the involvement with the families and their working conditions. Though she was supposed to keep a low profile, she decides to help them and brings a young lawyer in her quest, who will soon fall in love with her.

What if Angèle’s mission was helping others?