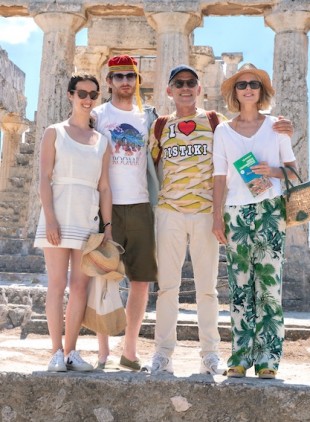 Thierry spends his days filing his family photos, convinced that the best is behind him. When Claire, his wife, tired of “it was better before”, tells him that she is leaving him, Thierry, devastated, offers him to do “Greece 98” again, their best family vacation. Officially, he wants to spend one last week with their children before announcing their separation. Unofficially, he hopes to win back his wife… But the children, now in their thirties, are less docile than they were 20 years ago and the hunt for memories on the roads of Greece will quickly tire everyone. By trying to rekindle the flame of his couple, Thierry may well set his family on fire…