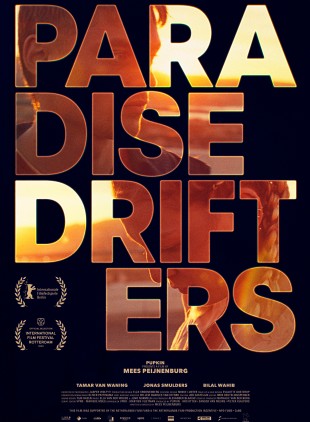 Paradise Drifters is a fragmented portrayal of the homeless young adults, Lorenzo, Bilal and Chloe. All three with different savage backgrounds, but with a shared insecurity about the future, without a base on which to fall back. What starts off as an individual search that must lead to money, chances and new opportunities appears to be a longing for human connection, security and mutual affection.

” A soulful debut feature” , “A thoroughly involving story”, “The story of three young people adrift in a old, uncaring world distinguished by the vibrant cinematography and expressive performance” – SCREEN DAILY