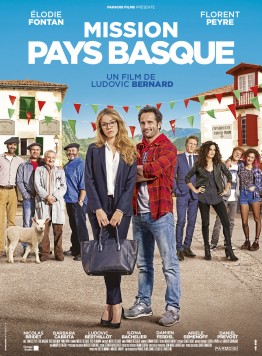 Sibylle, a Parisian working girl, badly needs to land a promotion by buying back a hardware store located in the Basque Country in order to launch a supermarket there. She thinks she played the landlord, but the old man is under guardianship because he’s not sane anymore. To close the case, Sybille must deal with Ramon, the landlord’s nephew. She must get her money back and sign the shop ASAP; otherwise she’s fired ! From the start, she knows it won’t be easy as the Southerners don’t intend to let a Parisian girl mislead them, even if she is as pretty as Sybille.