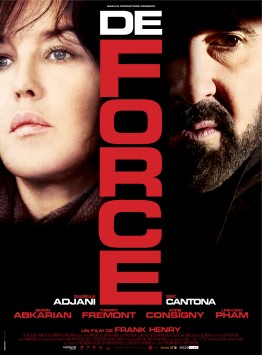 After a series of ultra-violent hold-ups, authorities decide to give full permission to Police Captain Clara Damico (Isabelle Adjani) in order to neutralize a tough organized gang. Her only trail: Manuel Makarov (Eric Cantona), a renowned gangster serving a twelve-year sentence. She offers him freedom in return for his cooperation. He squarely refuses. With no alternative, she will have to force himself to help her. Busted loose by force whereas he was only waiting for parole so he could live a normal life with his wife and daughter, Makarov has no other choice but to contact the “All Blacks” gang and have them caught red-handed. He manages to infiltrate the group. But it gets more complicated when Damico urges Makarov to intervene in her son Cyril’s life, a young delinquent over whom she can’t have a hold…