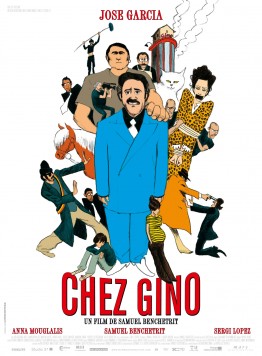 Gino has been living in Brussels for the past 20 years and owns a third-rate pizza place that he opened with his wife’s savings. He pretty much passes his days getting into fights with his two kids, Marco and Maria. Suddenly, his life is turned upside down by some news: his uncle in Italy, a terrifying «honorable crook” who became a billionaire through questionable activity, is on the brink of death.

A big chunk of the inheritance is destined to be Gino’s. The problem is that to receive the money, Gino must prove to his uncle that he has become, as he claims, the godfather of all the Parisian pizza parlors. Gino hires a fourth-rate director to make a documentary about him and his family portrayed as big-time gangsters.