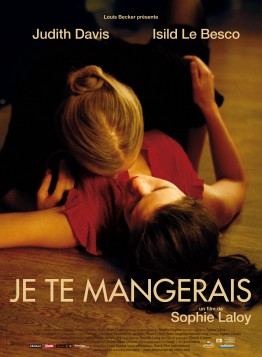 YOU WILL BE MINE (JE TE MANGERAIS)

Marie leaves her family and moves to Lyons to study piano at the conservatory there. For economic reasons, she shares her apartment with Emma, a childhood friend, who has lived alone since her father’s death and her mother’s desertion. Marie submits to the rules and regulations imposed by her roommate which become ever more oppressive as time goes by. Emma fascinates, dominates and devastates Marie as she struggles between her desire for Emma and the urge to escape. The obsession drains her energy, and she loses her focus for the music…