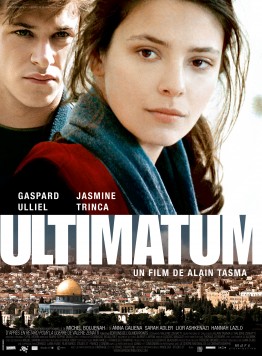 December 31, 1990. The UN gives Iraq an ultimatum, and its expiration date is approaching in fifteen days. Tensions run high in Jerusalem as Saddam Hussein threatens to launch Scuds charged with chemical and biological weapons. Talks of a third world war fly rampant amongst Western journalists. Amidst all the hopelessness we enter a more private world of a struggling young couple and their eccentric but endearing friends. Louisa is a 23-year-old French-Italian student specializing in ancient history at the University of Jerusalem. Her boyfriend Nathanael is a French painter, always at odds with himself. Their relationship is as violent and complex as the world around them. How do you live when your life is hanging by a thread? How do you spend your days and nights knowing that the apocalypse might hit at any moment?