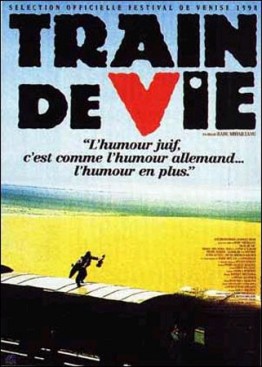 1941. Germany invades Eastern Europe. To avoid being deported, the people of a Jewish village create a fake deportation train; the inhabitants will be both its prisoners and its guards. One night, the train sets off. But soon, tensions arise between the fake Nazis, who take advantage their authority, and the “prisoners” who resist?