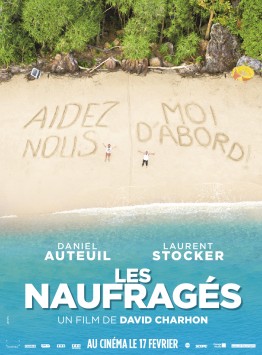 Jean-Louis Brochard, a financial swindler who has fled France, and William Boulanger, a dry cleaner who has been jilted by his wife, find themselves marooned on a desert island after their plane is forced to crash land. Incapable of helping one another, the two castaways attempt to escape from this godforsaken place, hoping never to set eyes on each other again. But the island is not as deserted as it first appears, and has a surprise in store for them that will bond them forever.