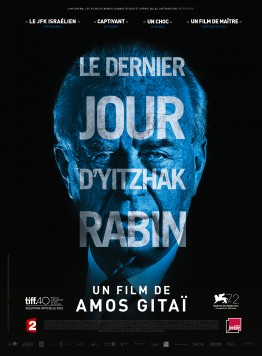 The Last Day of Rabin is an ensemble film that follows several characters in the period before, during and after the death of Yitzhak Rabin on November 4, 1995. The film begins at the large political rally in Tel Aviv after which Rabin was assassinated. We see security agents, political advisors, religious extremists, the killer and his prey, as well as simple onlookers – each with their own goals, motivations and dreams. Then we see the assassination and the devastation that immediately ensued. Scenes of fiction are interwoven with television archives and the amateur video recording of the assassination.