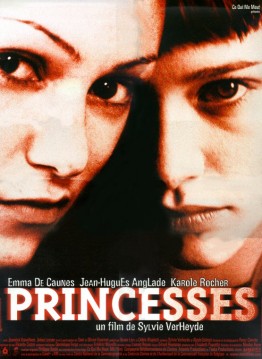 Sophie hasn’t seen her father in 10 years. On morning, she finds out that he is wanted for murder and that she has a half-sister whose motto is “I don’t care”. Almost in spite of themselves, they both set off on a quest for their father. On their way, they meet Simon, who is not quite the Prince Charming…