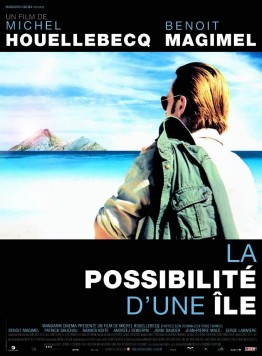 A thought-provoking science fiction tale about cloning and its impact on humanity. Based on Michel Houellebecq’s best-selling novel.

Years after separating from his father’s sect, Daniel decides to return to the commune where he grew up. Daniel realises that the promise of immortality made to the sect’s followers, has in fact, become a reality through modern cloning techniques.
His father volunteers to be the first clone and Daniel replaces him. 25 generations later, Daniel25 has survived the cataclysms that have devastated the human race. He lives like a hermit in a high-tech, subterranean bunker protected from contamination. His sole companion is a dog. The satellite images he sees on his screens reveals the presence of a beautiful woman. Daniel25 can’t resist the impulse to follow her…