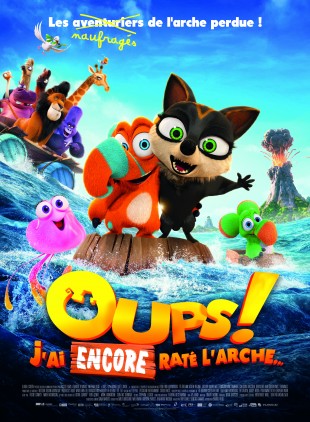 The young Nestrian Finny and his best mate Leah, a Grymp, accidently fall of the ark and are swept out to sea. Out on their own on a raft, they get separated by a storm. While Finny finds a whole colony of Nestrians under water, Leah lands on a beautiful island. If only the newfound land wouldn’t shake that regularly and smoke from the mountain top?