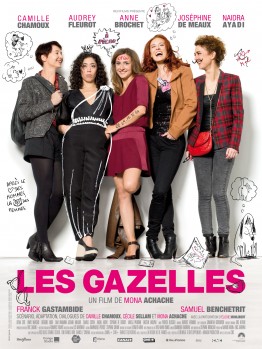 Marie and Eric decide to buy an appartment, ten years after their first kiss. Just after signing the contract, Marie starts doubting and meeting a very seducing bearded man just shakes her a little bit more. Marie leaves Eric brutaly and throws herself in the big pool of single life, combination of pleasure and freedom she thinks… She didn’t know but she will understand quite fast : being single in that damned decade (between thirty and forty), for a woman, is a very bad idea. The biological clock is ticking and men, all bearded, are the kings of a world ruled by their good pleasure. Marie is goinig to find in the company of her co-worker Sandra and her friends, who will teach her to consider her new condition as a chance from wich she’ll grow stronger, emancipated, and ready – alone or in couple – to be happy.