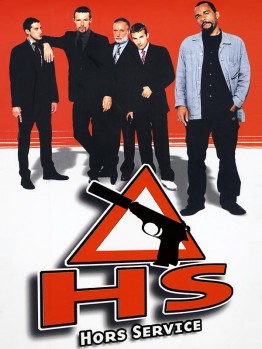 Marchand’s wife thinks he’s a door-to-door salesman, though he is actually a hit man. One day she finds out the truth and, professional to a fault, Marchand shoots her into a coma. Convinced she will awake if he atones for his crimes, he decides to give up on his occupation and seek redemption. Some of his colleagues don’t approve of this course of action…