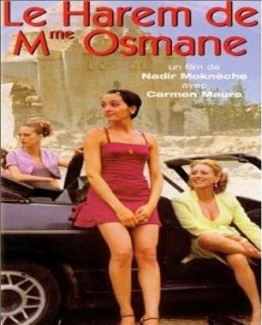 In Algiers in 1993, as the civil war is starting, Mrs Osmane’s tenants have to deal with her mood swings. Her husband left her and she fears she may no longer be considered respectable. A former member of the liberation army during the independence war, she tightly controls what her lodgers do and say rather than struggle with her own frustrations. When she finds out that her daughter is in love, the possibility of finding herself all alone leads this still sexy woman to the edge: Mrs Osmane’s symbolic “harem” is about to collapse.