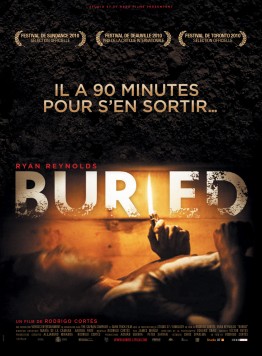 Open your eyes. You’re in a closed space beneath 2500 pounds of Iraqi soil, have 90 minutes of oxygen left to breathe, and your only connection to the outside world is a mysterious cell phone with limited reception and battery life. Such is Paul’s fate, an American contractor in Iraq being held hostage in a box. He barely has time to figure out what’s going on. Each second is a second closer to death…