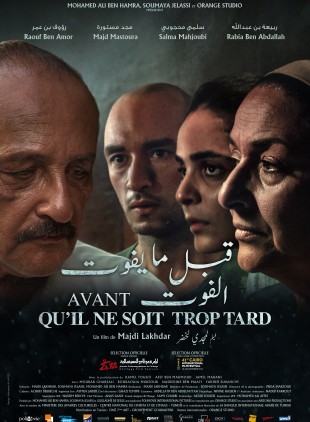 BEFORE IT’S TOO LATE

Ali is an old and poor tailor from Tunis who spends his time looking for a buried treasure in an underground gallery in his house. One day, he finds himself stuck with his wife and children under the rubbles after the collapse of their home. That’s when he must learn to take care of them by taking them to the underground shelter. He must fight and look for a way to save them before it’s too late..